I have been working with couple of applications built with CosmosDB and one of the things that surprised me was one cannot clear all documents in a collection from the Azure web portal or using the Storage Explorer. As I was struggling to do this while doing some tests on the application I decided to write a blog on the solution I used. There are two ways to achieve the same

I came up with a script in Node which can be done with any of the programming languages such as C#,Python supported by the SDK

Let’s go through the steps:

and you will see the output as follows

Let’s install require to handle the dependencies with the following command,

and you will see the output as follows,

Let’s do some coding. You will be able to understand the following code with the comments added on each line,

Suppose if you have partitionKey created with your collection, you need to pass queryoptions with the partitionKey in selectAll as well as deletDocument as follows,

Let’s run the script and see the output,

You can run the helper script as follows,

if you want to list all documents in the collection,

which will list the output of all documents in the collection.

If you want to delete all documents within a collection, you can run the script as,

which will remove all documents in the collection.

As mentioned above, 2nd way is to use the stored procecure given by Microsoft employee as mentioned here.

Hope the helper script will help someout out there in order to delete all documents in a collection. You can get the whole code from Cosmosd_Helper 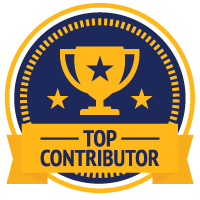